Dominique has worked across the United States and Canada as a Musical Director/Accompanist/Coach and Arranger. She has worked in both Musical Theatre and Opera. Dominique holds a Master’s Degree in Musical Direction for Musical Theatre/Lyric Opera from Arizona State University, a Bachelor of Music Degree in Music Theory, from McGill University, and a Diploma of Collegiale Studies in Piano Performance from Marianopolis College in Montreal. She has been playing the piano since the age of 4 and at the age of 16 left high school in Ontario after she was awarded a scholarship at Marianopolis College in Montreal to study music and continue her private piano studies with Luba Zuk at McGill University. Consequently she was accepted at McGill University in Music Theory where she continued piano studies with Luba Zuk and Esther Master, there she also studied Jazz voice with Ranee Lee and Jazz piano with André White. She was then awarded a full scholarship at Arizona State University to complete her Masters degree in Musical Direction for Musical Theatre. She also continued her piano studies with Jan Thomson at ASU. During her graduate studies she worked as the Lyric Opera Department’s resident accompanist, accompanying and playing in the orchestra pit, for Operas and Musicals, as well as being Accompanist to the department’s Musical Theatre and Opera classes. She studied opera conducting with Dr. William Reber, and Orchestral Conducting with Dr. Timothy Russell. She has also studied voice with Betty Doroschuk, Colin Doroschuk (Men Without Hats), Jennifer Allen, Spencer Welch and is currently learning the Estill Method. 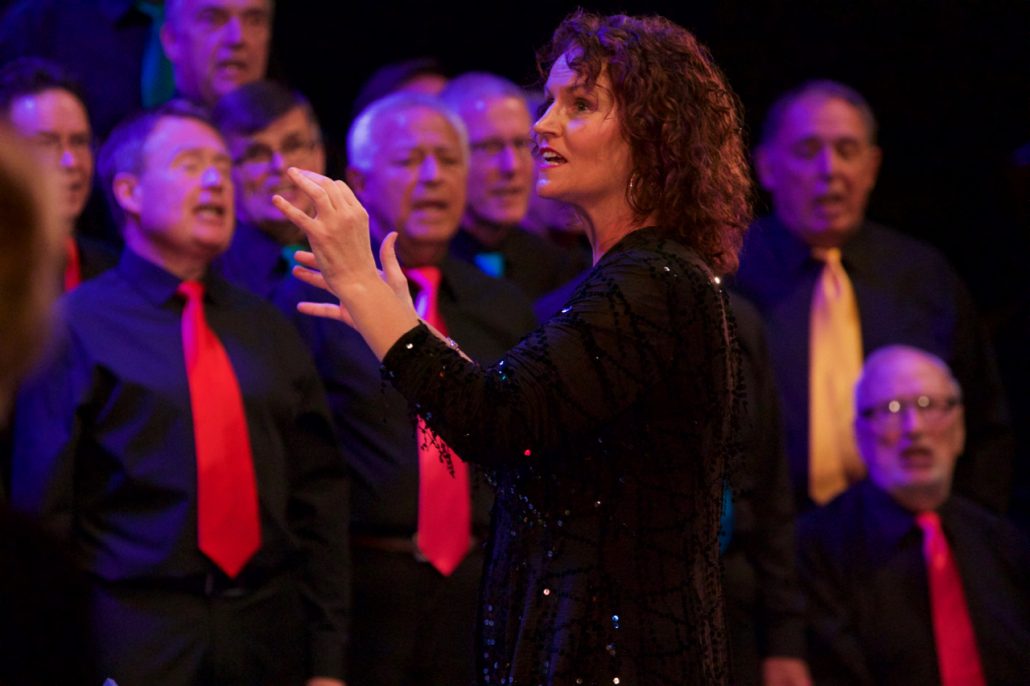 Dominique’s greatest passion is demystifying music and singing, and bringing the idea of “playing” back into the term “playing music”. She loves to find creative ways to teach music and singing to everyone with a desire to learn. In her private teaching she teaches people to release their voice and find their authentic sound. Dominique’s other love is working with large musical groups, being immersed in sound and harmony, and the incredible energy that comes from that many people in one room singing or playing together. She feels right at home flailing her arms each week in front of the 175 singers that make up Burstin’ with Broadway. It is extremely rewarding to work with such a positive group of diverse, interesting, inspiring and fun people.