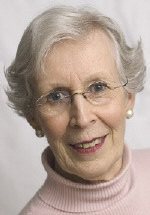 Rosemary enjoyed a professional theatrical career in the UK spanning 22 years. She studied at Edinburgh College of Speech and Drama in Scotland, and upon graduation worked for five years in Repertory Companies in Edinburgh, Harrogate and Bristol, as well as five Edinburgh International Festivals. In 1968, Rosemary moved to London, where she was a Company and Stage Manager, mainly in Musical Theatre, for 15 years. During this time she also worked in television on Outside Broadcasts, Cast Album recordings and on several Royal Command Peformances. In addition to all this she was a Casting Director, Production Manager and Producer, and Assistant Manager at London’s Theatre Royal Drury Lane, and Her Majesty’s Theatre. She has worked with such luminaries as Stephen Sondheim, Jules Styne and Hal Prince amongst others.

Upon arrival in Vancouver, Rosemary worked in Event Management, and held the position of General Manager of the Canadian International Dragon Boat Festival for 5 years, as well, she served as the Administrator of the Canadian International Dragon Boat Foundation, a position she held up until 2010. In addition, she was on the Board of the Vancouver Skating Club for six years, where she chaired and organised the Club’s bi-annual Valentine’s Competitions, the 2001 B.C. section Synchronised Skating Competition, and in March 2001 was the Hospitality Coordinator at the Coliseum, for the 2001 World Figure Skating Championships held in Vancouver. From 1999-2004, Rosemary also held the position of President of Canada Ice Dance Theatre, during which time she produced their Ice Shows.